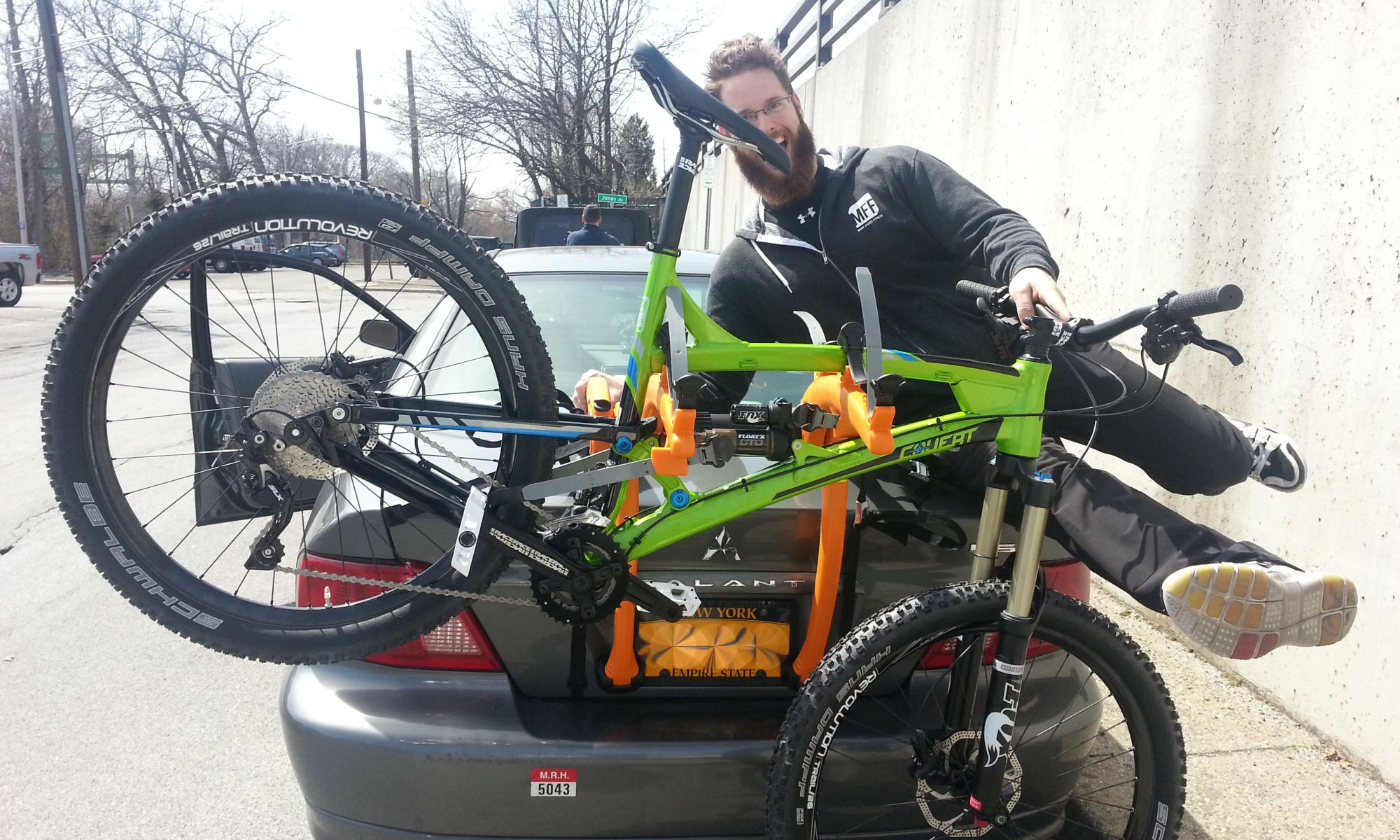 Wind in your hair is freedom.  More accurately, wind whipping through the vents on your helmet is freedom.  Isn’t “Always wear a helmet” the first thing we learn about bike safety?

The first bike I ever rode belonged to my friend Marli, who lived down the street.  I remember it to be white, and I’m pretty sure there was a Barbie theme to it.  That post-training wheel realization made me realize how fast and far you can go on two wheels.  This became a theme from first grade until I earned my driver’s license, and the land of four wheel seemed a little bit more grown up than the land of two.

In recent years, my riding experience is limited to skidding down a hallway in my college dorm, borrowing friend’s bikes if they had an extra, and that one experience riding a CitiBike.  In September, during one of my first coaching scenarios at MFF, the lovely Staci Jackson and I chatted about how I longed to ride again, and I wanted to get a bike.

Sounded cute at the time, but I thought to myself:  You should really get a bike.  So I did.

I set my eyes on a Transition Covert several years ago looking at pretty pictures of bikes, and contacted my old bike shop to hunt one down for me.  Scott Crane at Brands Cycle should win an award for getting back to me in 15 minutes and having the bike ordered within a day.  Thanks man!

My Covert has 26″ wheels and 6.3″ of travel, so it feels like a monster truck compared to the BMX bikes I rode as a kid.  Over the last month I convinced myself that relearning to ride would be about these new gears and shocks, and that technical features would be more challenging than physical capacity.  In the 10 days since I’ve had My Precious, I’ve realized I was completely wrong.

First there was a trip to Stillwell Woods, where I realized that pushing the Prowler isn’t exactly the same as climbing hills:

Then I went to High Bridge park in Manhattan, where there are a few miles of trails and a dirt jump course.  I know what you’re thinking, and that’s not a typo.  They built a trail in Manhattan!  While climbing the hills surprised me at Stillwell, controlling the jumps at High Bridge surprised me as well.

These first two days riding made me consider the Law of Specificity.  Our body responds to the stressors we experience, and there is Specific Adaptation to Imposed Demands.  This SAID Principle explains why we get better at the things that we routinely do.  That which we do not regularly do, or haven’t done in several years, will be considered a more potent stressor by the body.  In the case of riding for several hours each of these days, my body wasn’t very happy with me.  I had a physical capacity limit, and less of a skill limit.  It’s an unexpected surprise, and it makes me think about our every day demands.

On Monday I read an article that stated:

You’re pathetic. Really. According to the latest research, human fitness has decreased so dramatically in recent years that even the strongest of us would consider ancient men to be, well, monsters.

The most inflammatory and redeemable words in the article, it touched on how our physical capacity is rather lackluster compared to our ancestors.  No, not like from the 1700’s, I mean from the paleolithic era.  The article itself did nothing to define physical capacity in terms of strength or endurance, so let’s take the statement above as a snapshot.  My inner Tyler Durden isn’t surprised and would agree with that statement, but I would clarify my specific opinion with:

We’re not moving as much or as frequently, but when we do, it’s with purpose.  That purpose is typically for measurable health or performance goals, and less for survival.  Our lifestyle and life expectancy has changed dramatically.  We focus less on maximal physical capacity for survival benefits, and instead on it for performance benefits.  We’re running for medals and mettle, not to escape a saber tooth tiger.  As the world changes we’re tasked with different demands.  Our success was measured by our movement in the past, but that’s different from how we’ll be moving in the future.

When we consider all of the health and hotness goals in the world, they’re all about one thing: Happiness.  If your goal is to look better on the beach this summer or explore the tallest mountains in the world, it’s because you’ve linked that to happiness.  When we talk about physical capacity in Repetition Maximums and Percentages of Heart Rate, we take measurements that forget to ask the question, “Did you enjoy it?”

After taking my bike off of the bike rack last week at Stillwell, I reached into my bag to pull out my heart rate monitor.  For a moment I thought about why I was riding, and then I put it back.  I wanted to have fun.  I have no doubt that the ride was demanding for my cardiovascular system, but I didn’t want that knowledge to distract me from having a good time.  Sure, I thought about how I could train to ride better, but right now being better is about having more fun.  Sometimes you can Get Better Without Getting Better.

Last summer I hiked a trail with my girlfriend and thought, “It would be cool to ride a bike down this.”  Over the weekend, we went back, and I rode it.  Not for a workout, but for fun.  In the spirit of being a big, bearded kid on a bike, I made a movie about the ride:

Next time you find yourself discussing the challenge of hard workouts, I invite you to ask, “Did you enjoy it?” There’s power in that question that we don’t respect, and it can provide insight to what activities we choose to participate in and return to over time.  Riding again, even for a week, makes me wonder how I went so long without a bike, and I’m back to my old modus operandi:

Go really fast and try not to die.