This afternoon when I train, I’ll be kicking off a ‘new’ training plan, that will last the next 8 weeks, which is basically until the end Adelphi’s spring semester.  I could say 9 weeks, but that would include the first weekend in June, and I can’t train that weekend.  I’m going to Providence, Rhode Island for Perform Better’s Functional Training Summit, which is basically a collection of the greatest minds in the industry.  I learned so much last year that my brain hurt when I left, and I’m looking forward to getting rocked again this year.  I already know at least two people that want to head up there with me, and if you’re in need of a knowledge bomb, you’ll find plenty in Providence. 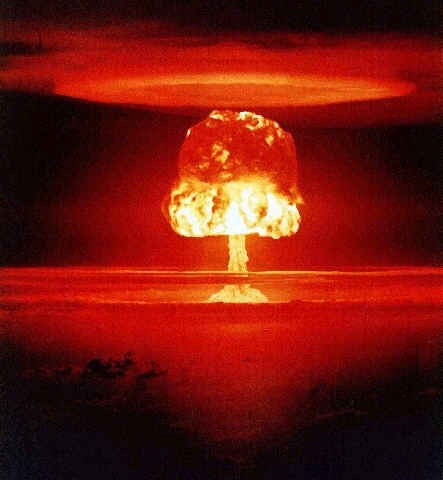 While I’m already thinking about the presentations I want to see at the Summit, I’m excited about training hard between now and then.  I’ve had some great progress over the winter, and I want to tweak a few details for spring.  While I certainly made progress, there are definitely some things that I need to improve so I can really make progress this spring.  Let me start with some things that I know I can do better.

The most important thing is going to be my recovery.  Between school and work I have a packed schedule, and it doesn’t help that I add orchestra rehearsals, late-nights with Maria, and the occasional internet trolling session to the mix.  While the first two will certainly stay, it would certainly help my mental and physical performance to get my butt in bed as early as possible.  During the week, the time I wake up at tends to fluctuate, but it’s roughly around 6:15 every day.  Using the recommended 8 hours of sleep, that puts me in bed at 10pm.  It might not be the easiest to do, but it will easily pay the biggest dividends.  (That being said, I hope I get out of rehearsal early tonight!)

In addition to sleeping better, recovery includes nutrition.  Compared to the ‘typical’ American diet, I eat better than most, but I can still do better.  The goal here can’t get any simpler: Eat real food.  It’s the message in the links I’ve been posting, and it’s the best thing you can do.  Counting calories is not my thing, so I’ll instead focus on eat more fruits and vegetables, and avoiding most things that can sit around at room temperature without rotting.  Seriously, if you think about avoiding stuff with a shelf life more than a few days, you’re only left with meat, dairy, and fruits/vegetables.   Sure, I’ll end up eating pasta once or twice a week, but cutting out the refined carbs the rest of the time will leave more room for the good stuff. (Also known as spinach, pumpkin, and eggs and bacon.)

With proper nutrition and sleep habits, I’ll see better results from my training.  Incorporating more fruits and vegetables, and eliminating as much of the USDA’s ‘grain group’ as possible, in addition to getting 8 hours of sleep each night, will help me prepare for the next 8 weeks of sadomasochism.

One of the best things I’ve done recently is trained with a partner.  I never really had somebody to train with, other than guys that happened to be in the gym at the same time as me.  Since late December though, Bryan and I have trained together at least 80% of the time, and I swear by having someone working with you to motivate and push you through workouts.  Due to some scheduling conflicts, we’ve only been getting in our lower body days together on Sunday and Wednesday,  but the progress has been great.  Find someone who has the same goals at you, and train with them as you both strive to get to the next level.

The split that Bryan and I have been using is a 4 day a week split, including 2 upper body days and two lower body days.  We had  split the days so that we have a max effort day and a dynamic effort day each week, and it worked out well…for the lower body.  For reasons unbeknownst to me, the speed bench work did next to nothing for my bench press.  While I’m not satisfied with my results, I think it’s safe to assume that it’s something that I messed up on, because it’s a system that works for numerous powerlifters.  My bench press numbers have stayed the same, but some of my repetition effort numbers have gone down, so I’m going to try some higher volume bench training.  Hopefully some higher volume barbell work helps get me past that 300lb hump, and prepares me for the 225lb rep test at the combine.  What, that isn’t the most important test ever?!

In addition to increasing my bench, I’d also like to increase my chin-up numbers.  I find that a combination of heavier chinning and higher volume chinning work the best, but I don’t want that to line up with the bench work.  While my two upper body days include everything in the upper body, they’re going to start with either a heavy bench or a heavy chin.  On Mondays, we’ll chin heavy and bench for reps, and on Thursday, we’ll bench heavy and chin for reps.  This should balance out volume/intensity pretty well, so the shoulder joints don’t get too beat up while we’re going hard.  Other than these two staple exercises, it’s all basic compound movements: barbell and dumbbell presses and rows, and a number of TRX exercises as well.  The upper body volume is going to take some time to get used to, but I’m looking forward to making some progress after being stuck for a while.

Training for the lower body has been coming along phenomenally, mostly due to some changes I’ve already made in programming.  Using some of Perform Better’s SuperBands, I’ve finally begun doing deadlifting using accommodating resistance, and I find it to work very well for developing bar speed off of the floor.  In addition to the deadlifts, I’ve been learning the Good Morning recently, and I realize how underrated the exercise is in the main stream.  The Good mornings provide some pretty big bang for your buck, and I’m going to try to use those more frequently.  In addition to those two new bilateral exercises, I’ve also been doing a dumbbell reverse lunge from a deficit.  Ya know those little green aerobics steps that you can stack on the purple risers?  Well they work great as a platform to reverse lunge off of!  It adds 3-4″ inches to the range of motion, allowing for your hips to get a big stretch in that bottom position.  The dumbbells at both gyms (Adelphi and the JCC) only go up to 100lbs, so I’m going to transition to a barbell reverse lunge, that I can eventually load heavier than 200lbs.  I practiced with sets of 8 with 165lb yesterday, and look forward to loading it as I get the movement down.  Check out good form below:

For a while during the winter, Bryan and I used some sled pulling finishers that really kicked our asses.  Unfortunately, they also left awesome wear marks on carpet in the JCC, so we were kindly invited not to do them.  I find the kettlebell to be one of the best conditioning tools available, and I’ll be using more swings, squats, snatches in my conditioning.  The conditioning will be kept on Mondays, Wednesdays, Fridays to keep it spaced out, and I’ll be lifting on Mondays and Wednesdays as well.  (On Mondays and Wednesdays they’ll be finishers, and on Fridays will be a dedicated ‘Sprint’ day.)  I’ll be sprinting on Friday’s, between class and my work shift, and I’ll use it to get sweaty, move around, and justify the massive dinners I have on Friday night.

I’d like for the re-prioritized training and recovery to help me reach some specific goals.  I’d like to be in tip-top shape for the summer, aka get ab-y.  The nutrition should take care of this, as well as the conditioning.  I don’t have to worry about cutting McDonalds or booze out of my diet, so it should be pretty straight forward; don’t eat crap, get sweaty frequently.  It’s not that hard.

As for lifting, I have a few ‘numbers’ I want to hit in the next few weeks.  Ultimately I’d like to see my bench press numbers go up, and I want to get to the 300lb mark.  Obviously, I’ll take more than that, but it’ll be nice to finally stop feeling like a little girl.  (I know somebody is going to read that and say, “Hey a$$hole, I only bench 205lb, what are you talking about?!” Sorry; check out some powerlifters.”)  On the same side I’d like to pull 455lbs with the trap bar.  I’m excited that I’ve making great progress recently, but I still don’t think it’s all that respectable.  I was excited to pick up 425lbs yesterday, and while it’s another 10lb PR, it’s not what I could be pulling.  Maybe I’m pessimistic, but I think I just set the bar higher than others. (Oh, how punny!)

Ideally, when Perform Better rolls around on June 3rd, I’ll be stronger and leaner.  I’ll have gotten there by eating better, training smarter, and training hard when I’m in the gym.  It’s important to have goals, and to do what is necessary to stay healthy while you achieve those goals.  With good nutrition, programming, and motivation, I should reach all of my goals.  Posting them here should make me more accountable, and hopefully people call me out if I’m doing things that will help prevent me from reaching my goals.

One Reply to “My Training Goals”