It’s been a few days, hasn’t it?  I’ve spent the past two weeks spending my extra time with my family and my girlfriend, and I’ve been having a blast.  Clearly not the best combination for creating content, but don’t worry, I’m getting back on track.  There are plenty of topics for us to talk about, and I know that you’re ready for them.  You won’t have to wait that long again!

In the past week or so, I’ve done a done of people watching.  While reading about sociology and psychology is important, I think that just observing those around us really helps to teach why people do what they do.  Watching people in their natural environment is great, and makes me feel like a less-awesome version of Jane Goodall.  Let me share with you some observations from the past week.

People eat like crap.  Early last week, Maria and I headed out to Riverhead to hit the Tanger Outlets and Splish Splash.  At both places I saw some terrible looking foods, and not coincidentally, some terrible looking people.  The Tanger food court is full of fried, fast food, which should probably come with ‘Toxic’ labels on the products.  One of the Oriental Buffets seemed to be the least detrimental to our health, so we had some chicken, rice, and vegetables, and then high tailed it out of there.  The same thing seemed to happen the next day when we were at Splish Splash.  The same highly processed foods full of sodium, fat and carbs, rarely more than a few hundred yards apart.  With food everywhere we go, particularly addicting food, it’s no wonder that people are continuing to follow a diet that’s destroying our bodies.  Interestingly enough, I’ve read two articles in the past week about recent research showing a connection between fat and diabetes.  We’re used to hearing about high carbohydrate diets affecting diabetes, and now scientists are uncovering possible connections between fat intake and diabetes.  You can read the article from the BBC HERE and the New York Times article HERE.  I’m not quite sure that it’s the specific macronutrients, and more about where the food is coming from and what exactly it is.  Regardless, you’re going to improve your health if you replace as many of the processed foods in your diet with natural, organic, whole foods.

While we were in Riverhead, we stayed at the Hotel Indigo East End, a beautiful hotel that’s almost directly between the Outlets and Splish Splash, right off of the end of the Long Island Expressway.  If you’re ever in the area, check it out.  While out there, I made use of their fitness center, which I expected to consist of a treadmill and a TV.  They included dumbbells up to 50lbs, and a cable cross over station, which provided a great anchoring point for my TRX.  I was ‘scheduled’ for an upper body workout, and missed out on very little.  I was able to combine the TRX and weight stacks for a weight belt to do weighted chins, and everything else used the cable station, TRX, or some bands.  Sure, traveling with my gym bag helped, but I could have made use of the equipment for a kick ass workout.

I can’t say the same for the two ‘bros’ in the gym with me.  I spoke with one as I went through my warm-up, and we made small talk while we warmed up.  I got a strange look when I broke out the Indian Clubs, and he began the walk/jog/run/walk combo that’s become a staple warm-up.  Once I had my headphones in and some momentum, I was wrapped up in a great upper body conditioning workout that was almost non-stop exercise for just under an hour.  I noticed an endless stream of front raises, side raises, bicep curls and shrugs from the two guys next to me, with the occasional set of push-ups tacked on as well.  Compare that to these three groups of exercises:

After that workout, I was absolutely drenched in sweat, wide awake, and ready to get the day under whey.  After a quick shake, I hopped in the shower, and it was only 8:30.  It was a great start to an awesome day, even though I didn’t get to ride Cliff Diver.  Next time, I shall conquer it! 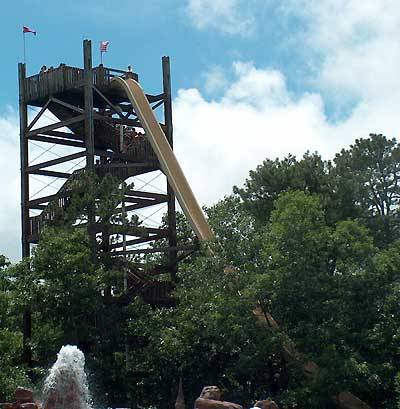 Speaking of conquering, this past Saturday Maria and I headed to Tuxedo, New York for the New York Renaissance Faire.  We’re both really nerdy about the happenings of the Dark Ages, but the Rennaisance and Billy Shakespeare are just as cool.  We perused the shops, and watched some performances, including the joust, Maid Marion’s wedding, and a performance by some French troubadours.  We were both exhausted after walking around in the heat all day, and the experience made me ponder our activity in daily life.

At the renaissance faire, I noticed that very few, if any, of the characters were overweight.  Sure, they were portrayed by actors from the modern time, but you wouldn’t have guessed by looking at them.  Obesity wasn’t really an issue until the 20th century, when the both lifestyle and diet changed.  The agriculture and food science industries developed rapidly, jobs became increasingly white collar, and recreation activities began to require less physical effort.  Technology today has allowed us to minimize our physical movement and maximize our caloric consumption, and it’s destroying our bodies.  400+ years ago, food was grown or hunted, and making a living required some sort of physical capacity.  This isn’t the case anymore, and we’re simply relying on medical technology to minimize the harmful effects of our lifestyle on our health.  We’re putting a bandaid on a bruise that shouldn’t be there in the first place.

It’s not difficult to eat healthier foods.  It’s not difficult to exercise.  What is difficult is creating healthy habits that you stick with, and breaking ones that are harmful to your health.  Over the course of the past week, I’ve seen plenty of people who have routinely made bad decisions when it comes to diet and exercise; they have bad habits.  While it’s only a small population, it should be enough stimulus for you to ask yourself, “What can I do to improve my health?”  Without a doubt, moving more and eating less (processed food) is going to be great for you.

One Reply to “People Watching, Out East and Upstate”