We sure have had an eventful week in the Northeast.  It started with an earthquake, and ended with Hurricane Irene slapping around the entire Eastern Seaboard.  Now that the storm as passed, it’s estimated to have caused $7 billion dollars worth of damages, and killed 35 people in the United States.  Despite the financial toll and loss of life, we’re fortunate that the storm lost power throughout it’s trip north, and was weaker than anticipated when it made landfall near Little Egg Inlet, New Jersey, and Coney Island in Brooklyn, New York.

While the areas with the most severe damage will spend weeks recovering, the area I call home was largely spared, with some minor flooding and loss of power.  After waking up at 7:30am on Sunday without electricity, I quickly realized the storm was over-hyped by the media in our area, and clean-up in the area began just a few hours after that.  Media coverage beginning a week before the storm predicted it to be as bad as the 1938 New England Hurricane, and local officials went as far as shutting down public transportation and enacting a mandatory evacuation.  While most people took some level of precautionary measure, the severity of mass evacuation seemed to be too much for most, and I’m not aware of many that left.  Personally, I enjoyed a nice dinner at home with my family and girlfriend.

Unfortunately the media hype got the best of some, and my gym changed their decision to close on Sunday to the entire weekend.  After receiving an email around 7:30 on  Friday night, I headed straight to the gym to retrieve some of my equipment, which the maintenance staff was kind enough to let me do.  While the JCC is open from 1pm-5pm on Saturdays, the good folks at Adelphi decided to maintain their 9am-1pm Saturday hours, and I’m extremely grateful they were undeterred by the storm.  After driving almost an hour from my girlfriend’s house to school, I couldn’t be more excited to have a chance to workout before the storm hit.  As I’ve said before, I absolutely hate missing workouts.

Since Thursday, when I felt like The Flash during my speed deadlifts, I couldn’t take my mind off of a trap bar triple with 405lbs.  Warming up at Adelphi, I know that it was on today, and took care of my foam rolling, mobility, and movement prep, then got into the meat of my workout.  Here’s the entire session:

I think that the DOMS kicked in sometime between walking a few laps to cool down and getting back in the car.  48 hours later, my glutes are still sore from the reverse Lunges, and I’m still very excited for hitting a PR triple, even if it’s way less than the big boys are pulling.  One day…One day.

Saturdays are now a ‘cheat day’ for me, and I took advantage of my butt-kicking workout to eat everything I possibly could in my house.  Rationing would have been a good idea due to the storm, so I’m happy that nothing bad came of it.  In between my copious consumption of food, I spent some quality time with my girlfriend and family, and you can never get enough of that. 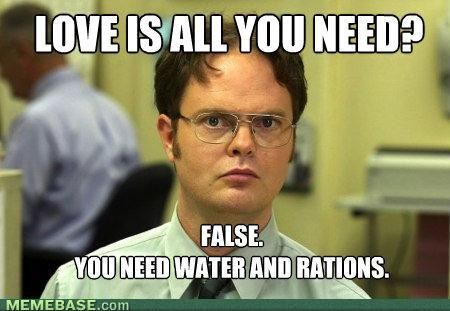 The worst part of the storm passed through the night, and by 9am on Sunday morning we were walking around outside assessing damage.  Despite the power loss, I was able to cook up a massive breakfast for everyone, combining 1.3lbs of meat, 8 eggs, 4 bell peppers and some well chosen spices to make a delicious Mexi-Turkey Eggs Skillet.  It was a huge success, and we moved on with our day.  After taking Maria home, I returned home to find that our precious electricity was restored, and immediately began my Sunday tradition of reading through Ben Bruno’s Good Reads of the Week.  Ben always puts together a killer list full of a few hours of reading, and if you’re a fitness professional or interested in how to improve your fitness and physical performance, I’d highly suggest that you review his list.  In addition, I found out that one my latest posts is in the Personal Training Development Center’s Blog Reads of the Week, and I’d suggest you read that list to see what other folks are writing about.

After I had read for a good deal of time, I started to figure out how to put together a workout using the equipment I have in my gym bag.  It was relatively easy to do, and my workout included chin-ups, band-resisted push-ups, TRX inverted rows, TRX Miyagis, Band Pull Aparts, and Dive Bomber Push-Ups.  I also figured out an awesome combination Band No Money/ Bicep Curl, but somehow broke my phone, so my videos from the weekend have disappeared.  The workout was structured in the following way:

The overall volume on the workout is higher than I’d typically do, but it was absolutely awesome.  I wrapped things up in around 50 minutes, covered with sweat with  a seriously burning upper back.  It was nice to walk downstairs for a shake, drink it in the shower, and then throw together some dinner and finish reading some posts from Ben’s Good Reads.  Let me throw in that band-resisted push-ups are absolutely amazing, and if you’re ever bored with benching, you should definitely give them a try.

If you’re still wondering what I learned from Hurricane Irene, it has nothing to do with the storm itself.  Instead, it’s the idea that you should be able to modify your plans to still give yourself a great workout.  Ideally, you’ll have a basic understanding of exercise selection and sequencing, and experience with a variety of movements, to plan effective workouts for yourself whenever necessary.  The idea of needing a specific piece of equipment to exercise, or requiring a gym, or even having to be inside is foolish.  It’s too limiting, and sets you up for an internal dialogue of “I can’t!” instead of “I can!”  Shake that attitude, and decide that next time you’re setup isn’t perfect, you’re going to think about simple modifications you can make to ensure results.

My goals as an educator aren’t confined to the classroom, and I hope that I’m able to share with you ideas and strategies to allow for a healthy and fit lifestyle, wherever you are in the world, with whatever resources you have.  If you have the information, then it’s up to you to make healthy choices.  Hopefully it won’t take another hurricane rollin’ through town to inspire you to get creative!