That’s Werner Günthör, Switzerland’s most prolific shot putter from late 80’s and early 90’s. He has 3 World Championships, 1 European Championship, and an Olympic bronze medal under his belt.  He’s over 6’6”, and also trained for the bobsled; I think he breaks the ‘big and slow’ stereotype.  In fact, he’s big and fast as hell. 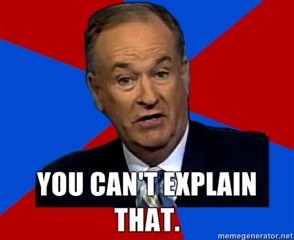 Actually Bill, you can. Sure, there’s genetics, and natural skill levels.  In regards to training, we have to appreciate exactly what Günthör was doing.  In the video you see him immediately following a heavy lift with a plyometric exercise.  The first exercise pairing is a calf raise immediately followed by jump with minimal knee bend.  (Think two-footed hop.)  The second example is a lateral squat immediately followed by lateral jumps.  Finally, you can see a series of box jumps and hurdles.  So, what exactly is he doing?

He’s taking advantage of a phenomenon known as post-activation potentiation, which “refers to the enhancement of muscle function following a high force activity.”  The NSCA Hot Topic paper on the matter provides limited information:

Results indicate that a potentiating exercise can be used to enhance jumping performance but the optimal factors to elicit the best outcomes still need to be identified… literature seems to agree upon the use of a heavy load back squat to generate PAP (>70% 1RM).

More support can be found for the potential benefits of PAP in explosively trained athletes compared to recreationally trained individuals.

… a strategy to best exploit this physiological event requires identification.

Basically; we don’t know exactly what’s going on, but we know that something desirable is happening.

Fortunately, there’s been quite a bit of research in the last 5 years, and we’re beginning to understand a little bit more about what’s going on.  I’ll save you the time of wading through research, and cut to the chase:  Picking up something heavy can enhance your power output for a certain duration of time following that lift.    We’re manipulating the nervous system system; the same motor units that help you move heavy things slowly also help you move lighter things quickly. Awaddup, Type IIb?! 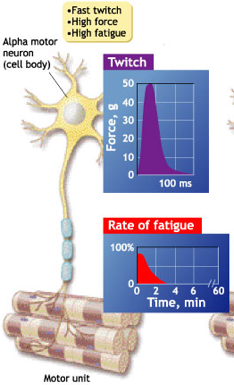 The current body of research on post-activation potentiation is still undecided on to what loading and recovery intervals are the most effective, but they seem to agree that they are effective for the most part.  The leads to the question, what is appropriate for you?

Contrast training is the application of this research to your training programs, and allows for you to take advantage of some nerdy exercise physiology to kick ass and take names.  There are a variety of ways you can go about it, based on your goals and abilities.  There are applications for strength and/or power development, which most of the research supports, and then there is less supported but equally as interesting applications for conditioning.  In each case, I’d recommend addressing any underlying movement and strength levels first.   For example, if your squat sucks, you probably don’t need to be jumping around right after you squat.  If you struggle with a chin-up, maybe an upper body speed drill should wait until you can smoke a few chin-ups.  I won’t define what ‘strong’ is, but if you’re questioning it; let’s use that as an indicator.

We can start out the application part of this post with a video from Girl Gone Strong Alli McKee, who is a #Boss in all senses:

In the video you see Alli pairing a dumbbell bench with a plyo push-up: an excellent example of a strength/power pairing for upper body horizontal pushing.  As stated above, the strength exercise allows her to enhance her ability to produce power during the plyometric push-up.

While I don’t have a video of it, I can provide my own example.  During a lift on Saturday morning, my training partner and I paired box squats with a reactive box jump.  It was a less awesome version of this:

If you’d like some upper body variations other than Ms. McKee’s horizontal pushing example, you may be interested in:

Hell, you could even pair the same exercise with differing loads.  What’s to stop you from banging out some solid (Read: Heavy) Dumbbell RFESS’s dropping the weight, and immediately switching to a jump variation.  Ben Bruno demonstrates a RFESS jump below:

With shorter rest periods though, we begin to move into the realm of conditioning and not just neurological training.  It shouldn’t be a suprise that pairing exercises with minimal rest in between is going to make your heart beat a little faster; now it’s just about sequencing the exercises properly.

As with sequencing exercises over the course of a workout, you should be considering the pattern that has the greatest load first, then consider relative intensity after that (Speed and load).  In the above vertical pulling example, I recommended chin-ups before med ball slams.  If you’re looking for an additional exercise to create a conditioning circuit, perhaps add a rope slam between those two;  Chinups first, then rope slams, then med ball slams.  Once in motion, the rope becomes much heavier than the med ball will be, and as you fatigue you’ll be moving to exercises that require less force development.  Considering pushing, you would do a loaded push-up, a plyo push-up, and then a medicine ball drill; load is decreasing as you progress through the movements.

Lastly, if you’re looking to feel awesome after an upper body workout, you can combine those two into a 6 exercise sequence, and I’ll apply a timing system:

*If you don’t have access to a rope, you may choose to insert a pull down or row with bands, or move directly to the medicine ball slam.

*If you don’t have access to a medicine ball; What kind of gym are you in?!

Your ability to utilize contrast training is largely dependent on your previous experience levels, your performance goals, and ho effective you want your training to be.  It can provide for a unique training stimulus when used correctly, butas the cliche goes, too much of a good thing can be bad.  If you have any questions about incorporating contrast training to your workouts, leave a comment below!