Debating two options at a time seems to be the American tradition.  During the recently passed election season (RIP), we only Obama and Romney, and the mass media ignored the other qualified candidates.  One of these days, one of them will have the funds to compete on the national level.  The same should happen with other debates.  Here are my answers:

I was recently engaged in an inter-set conversation discussing the importance of hip dominant work for all exercises, for both athletic performance and aesthetic improvement goals.  Yes, everyone should train their glutes.  When that last debate topic came up, I immediately jumped to upper back.  That’s right, upper backs are awesome.  My preference for the upper back has several influences:

When you explore the world of fashion, floating shoulder blades are de rigueur with Hollywood’s starlets: 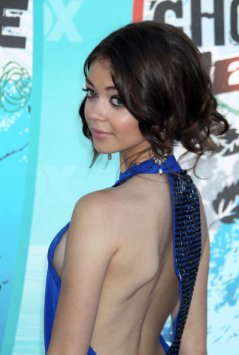 When did this become popular?  There are many influences, from poor physical education programs, to bad trainers, to horrendous celebrity trainers, to poor program design for those who are currently active.  Fitness testing has all together given up on the chin-up for women, the New York Times recently published this shitty article that ‘explains’ Why Women Can’t Do Chin-Ups, and there are celebrity trainers such as Tracy Anderson that advices women to never use more than 3lbs.  The pretty faces and under-muscled bodies of big-name models help perpetuate this myth, along with those of amateur models.  For example, The Chive recently published a post titled “I’m a Sucker for a Sexy Back“, which makes me wonder, When did scapular dyskinesis become sexy?

Fortunately, there are those who see through this crap.  Last week, one of our female lacrosse players did back-to-back sets of 10 and 8 body weight chin-ups, and I’ve received a number “I did X number of chin-ups today” from my hard training female friends.  Strength is a skill, and it takes practice.  Smart programming can help.

When it comes to training the upper back, most of us woefully underestimate the quantity and quality of work that we’re doing, and what our upper back needs.  The good news is that it’s hard to over-do upper back training!

Be it horizontal pulling, vertical pulling, or isolation work, there are few bad back exercises, and I find the key is to practice exercises that challenge you with load first, and form second. Stronger muscles perform better and look better, and it’s easier to focus on the big picture instead of worrying about tipping over of coordinating multiple movements. Let’s go through some of my all-around favorite upper back exercises, along with some specific cues for each one.

The Band Pull-Apart is a good place to start, as it helps wake up many of the tiny stabilizer  muscles that fall asleep when we’re sitting throughout the day.  The video below is from Brendon Rearick:

My second go-to upper back exercise is the face pull.  The general idea is to pretend that “This is a stick-up!”  The cues for this can probably be simplified to”Touch your head to the ceiling!” and “Show me your hands!”  You’ll get tall and reach those hands to your ears just as if you were being robbed. Here’s an example:

Band pull-aparts and face pulls are great for waking up your upper back and keeping your shoulders healthy, but they’re not strength exercises for most.  When it comes to upper body pulling, there’s nothing that beats in the inverted row and the pull-up/chin-up.  I could inverted row forever without getting bored, but it can be a tricky exercise to learn.  Greg Robins‘ recently posted an explanation of his “From Finish to Start” approach, and it’s the best teaching strategy I’ve seen so far:

The inverted row is a great exercise because it’s user friendly, and can be progressed or regressed to your hearts content.  While anyone can find a version suitable for them, the chin-up is a different story.  They’re a universally bad-ass exercise, and I doubt you’ll find many people who don’t think chin-ups are awesome.

Performing chin-ups for reps is a great way to build relative strength, as Neghar Fonooni demonstrates below:

For those interested, Neghar has written a great article called “How I Stopped Sucking at Pullups“, which is prudent for people looking to progress with their vertical pulling performance.  She also wrote a great piece for Schwarzenegger.com, which explains how How Serious Strength Can Build a Sexy Physique.

While repping out chin-ups is fun, I myself like the loaded variations the better.  Here’s a video of 2010 US Olympian Karen Thatcher using an additional 35 lbs. for 4 reps:

Either way you program them, chin-ups are an awesome exercise, but technique is important.  In the past, I’ve recommended thinking about pulling your chest to the bar, or pushing your elbows behind your back.  They’re simple cues, but they’re not always appropriate, as Eric Cressey points out in THIS video.  Instead, think about:

Now pull to perfection!  Or at least to perfect pull-ups.

We tend to get carried away with exercise variations, and upper back training is no different.  Rather than fussin’ about a plethora of progressions, focus on basic movements that provide the most efficient and effective results.  The same rules apply to male and female trainees, as the rules of strength training are universal.  Move well, get strong.  Your performance and aesthetic goals influence your diet, but strength is a universally applicable skill that provides benefits to every body.

Upper back training can help you stand taller and be stronger on and off the field, whether you’re an athlete preparing for competition, or you’re concerned with long term health and longevity.  Start with these exercises and become brilliant at the basics, then progress to additional exercises that lead to physical and mental strength.