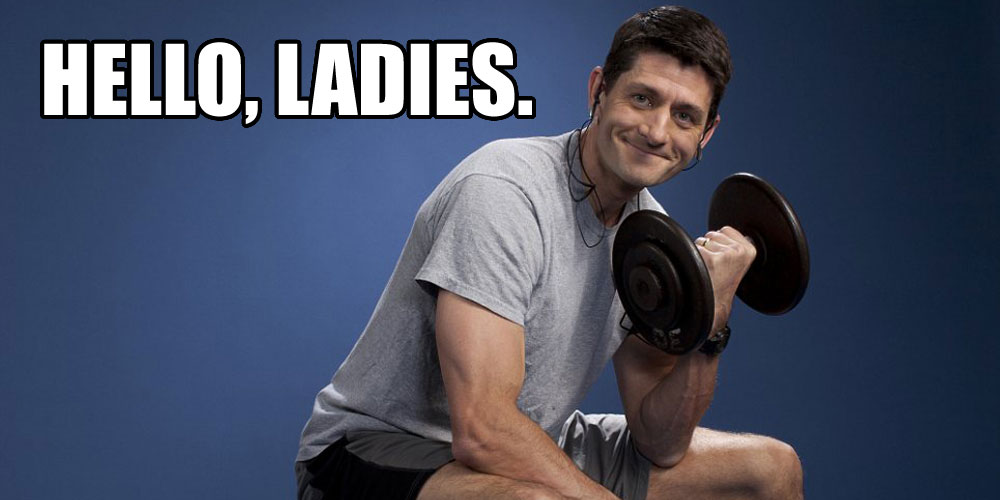 Several weeks prior to the New Year, I was on a nomadic journey through several of the local gyms, on the search for the perfect squat rack and bench.  My go-to gym, which I was working at, was flooded during the storm, and they’re still in the process of repairing.  You can’t really train for a powerlifting meet without the equipment you’ll be using, so I was something of a Tusken Raider.

On my voyage I visited the gym that one of my old mentors, Sean, was working at.  We had the chance to talk shop, exchange spots, and catch up.  The conversation turned philosophical, and we discussed what type of fitness goals we see with clients.  As I began ranting about the importance of strength training, Sean said, “There are no barbells on the beach.”

This seems like a pretty simple statement, but Sean knows that for me it’s Trolling 101.  Obviously, there are no barbells on the beach, but to discredit the importance of strength training?!  That’s blasphemy!  (Sort of like this:) 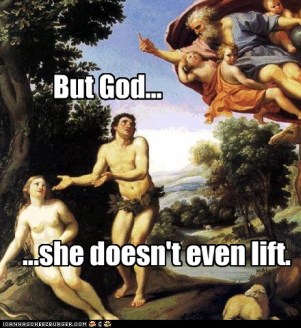 Don’t worry, I know what Sean meant:  When you’re out and about, people aren’t worried about your 1RM Bench Press, or how much you can front squat.  They don’t care about your heart rate recovery when you’re running sprints.  It’s the aesthetic factor that is the important one.

We agree about the destination, but disagree about the journey.  Sean makes the point that because there aren’t barbells on the beach, how much weight you put on the bar is irrelevant.  Why does it need to be a bar in the first place?

If you’re looking for aesthetic results in the gym, good for you.  We all have our physique goals, be they postural improvements,  muscle gain, fat loss, or all of the above.  That’s totally fine, as there are many roads that lead to Rome.  Why if the quicker route was more scenic as well?

Often, the aesthetics-only approach defaults to traditional body-building training, which is less effective for most people to reach their aesthetic goals, without attention to quality of motion.  You might slowly look better, but might not feel all that better.  If there are additional benefits, often with less time spent exercising, why not include those concepts in your training?  The aesthetics-only approach strikes me like this:

There are no barbells on the beach, but there aren’t barbells anywhere, except in the gym.  Yes, strength development is important, but if you’re not looking to compete, then the implement isn’t as important as the movement patterns and variations.  Take a look at this video from the 2011 Perform Better One Day I attended.  You’ll get bonus points if you spot me:

And not a single weight was lifted.  Guess what?  That is okay.  I love this example because Todd Durkin didn’t use any traditional exercises.  They were all asymmetrical, unilateral, or offset in one way or another, and they were difficult.  Here’s another example from Frank Nash Training Systems:

In both cases, you see what is called “functional training” in the industry.  Resistance bands, medicine balls, battling ropes, sandbags, physioballs; They’re the products that are key to balance and core activation! (Note sarcasm.)  In reality, they’re simply products that allow for variations in load and intensity in ways that are more subtle than a barbell or a dumbbell.

If the goal is for physique development, then the movement patterns should be more important than the device you’re using.  Let’s take a look at horizontal pulling exercises, for the upper back.  Traditionally, we default to exercises like the T-bar row, bent over barbell row, and the dumbbell bent over row.  Personally, I have never seen any of these exercises being done with good form in the gym.  They quickly become herky-jerky shrug like movements, and are paired with a myriad of explanations for the poor technique.

No, just because you watched Matt Kroc go into #beastmode doesn’t mean you’re doing “Kroc Rows“, it means you’re doing them improperly.  Kroc has a very distinct reason for his stylized row, and the odds are that you aren’t looking to set a world record deadlift.  Instead, here’s a variation from Tony Gentilcore that emphasizes a dead stop on each rep:

Tony’s variation is a great way to maintain emphasis on the back, and minimize the lawn-mower starting movement often demonstrated by bros on bicep day.  If you’d like to use the exercise then go to town, but take time to learn the movement properly.

Remember though, there are no barbells on the beach.

Who cares what you’re using to row?  Unless you want to dumbbell row, then it doesn’t matter.  My default bilateral row for clients is an inverted row with a TRX, and I’ll move them through a series of single arm row variations at the cable station.  Here’s where we start:

It’s much more user friendly than a dumbbell row, and this helps shorten the learning curve when I’m teaching the exercise to a new client.  Clients and athletes are happy because they can focus on training hard rather than dwelling on their technique, and I’m glad that they’re seeing great results from a safer exercise.  This balance of effectiveness, safety, and ease-of-execution drives multiple aspects of the exercise selection process, and ensures that appropriate exercises are used to achieve the best results possible.  Everyone is happy.

If you’re ultimate goal is to look like a total stud on the beach, then squatting a 1RM or doing high-volume curls probably isn’t the best way to get there.  You’ll see good results, but will find yourself closer to your goals if choose exercises and implements that allow you to get strong within your desired rep range.  The equipment doesn’t necessarily have to be heavy to feel heavy, and you can improve results with a lower chance of injury.  Remember, there aren’t any barbells on the beach, and you can lift more than just barbells at the gym.

2 Replies to ““There Are No Barbells On The Beach””