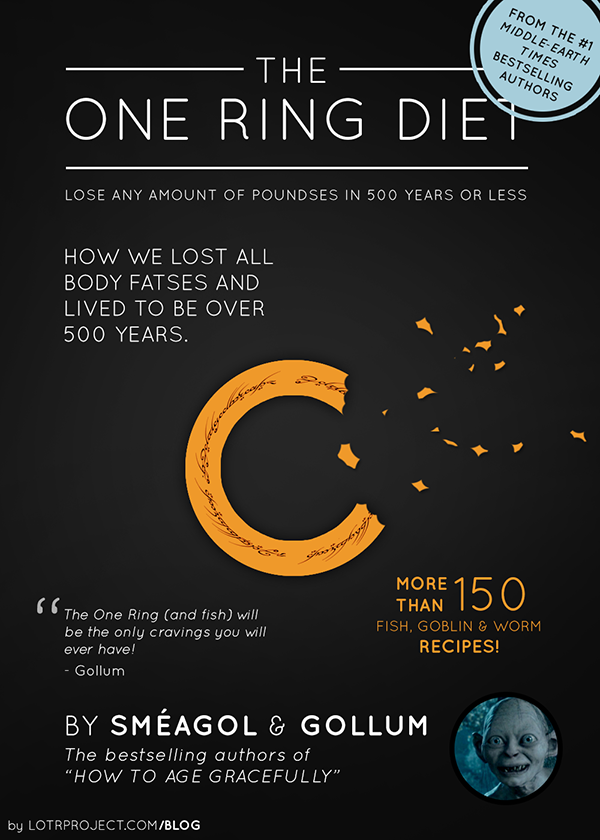 This just in:  We have found the greatest diet to ever exist in the history of the world.  It’s precious, and you’re going to love it: 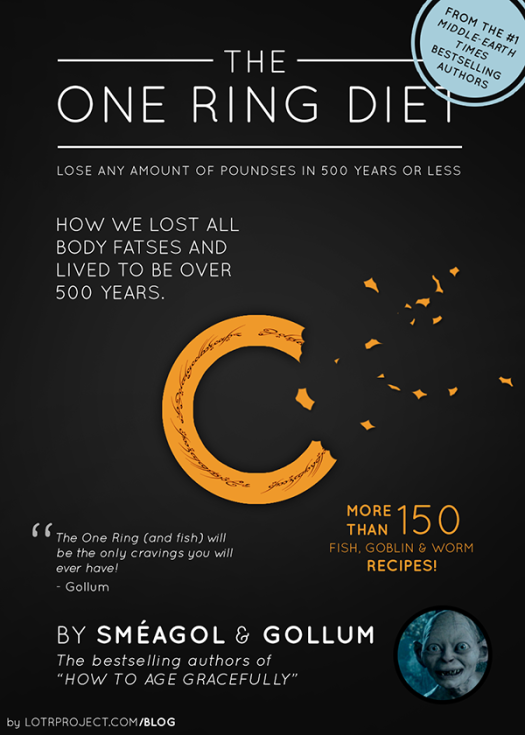 That’s the best one out there.  There isn’t a single one better.  In conclusion… end scene.

Okay, so maybe it’s not that simple.  In fact, it’s far more complicated, and my inner idealist would postulate that for each and every one of the world’s 7 billion people, there’s a diet for each and one of us.  Whenever we see claims that say, “This is the best diet ever,” we need to take them with a grain of sea salt.

A really big grain of sea-salt:  There is no such thing as a perfect diet, there’s simply a  range of appropriateness.  In Tolkien’s world, we have the frequent eaters, we have the intermittent fasters, we have processed foods, and the paleo crowd.

The Hobbits are absorbed with meal timing, and eat as frequently as they can.  The Elves are the elitist Intermittent Fasting folks, elevated to places of calmness with their Lembas bread.   Smeagol/Gollum are definitely the paleo folks, avoiding utensils for food preparation, and having no clue what a potato is.  Then there’s Man, who isn’t isn’t necessarily dogmatic about how to eat, but is clearly not living as long as everybody else.

There is not one ring to rule them all. 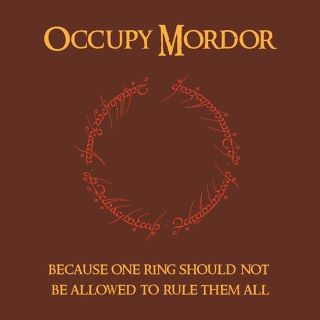 When we have that nutritional free-for-all, this is usually what happens: 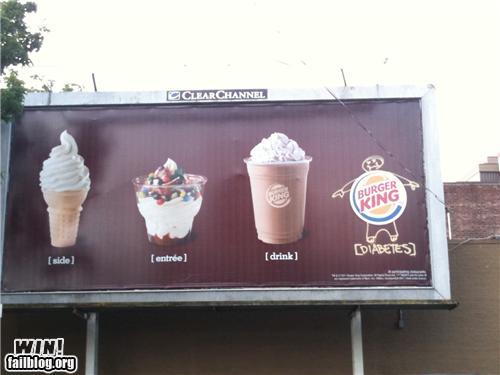 I’m all for freedom of eating, but I’m also for sensible eating.  Too often, we follow dietary dogma that’s not in our best interest because we’re retraining biases or beliefs that prevent us from streamlining our eating.  The amount of  nutritionally inadequate diets is whey higher than it should be.

There is a lot of information to chew on when you’re looking at diets, whether they be a marketed program or an overall approach to eating, but we’re not exactly lacking information.  Health and nutrition topics may be under-studied in the education system, science literacy is lacking, and we focus more on marketing strategy than consumer literacy.  We perceive this chart as far more confusing than it should be: 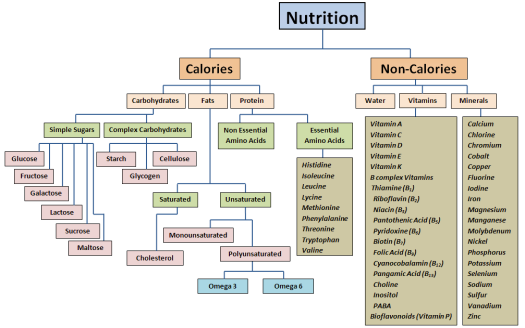 However, I’m sure that most folks will tell you that spinach packs more nutrition than spaghetti, but for us to focus on actually eating spaghetti over pasta?  Different story.  Maybe it’s lag.

The obesity rate in leveling off in most states, which we hope is indicative of the increased public awareness and increased attention to curbing pro-obesity activities.  I’m thinking of the typical party or picnic as pro-obesity because of the copious consumption and inadequate inactivity.  You want to be obesity-neutral?  Toss around a frisbee or football, and ditch the soda.

We tend to affiliate with one of two distinct schools of thought when it comes to eating, the principle based idea or the calorie counting idea.  Think of the vegans, the Paleo crowd, the SAD eaters.  (Okay, maybe not them.)  Then there’s the weight-watchers, the IIFYM crowd, that wants to target specific numbers.  Either strategy can work, but you’re likely to see the best results by combining strategies.  How do you do this?

Track what you eat, and don’t eat crappy foods.

I can hear the philosophers already.  “There’s no such thing as a crappy food.” “It’s only unhealthy if you eat too much of it.”  “Everything in moderation.”

Yes, everything in moderation… except lead paint, depleted uranium, or mercury.

Maybe Gollum would have gotten along well with the Mad Hatter.  They had a little bit too much exposure to those malevolent metals and we saw the difference in their characters.  We all have occasional exposure to malicious meals, which really isn’t a big issue.  The issue is when those meals occur more frequently than what is appropriate for your goals or needs.

There isn’t one diet to rule them all, but options for eating that allow you to focus on health, fitness, and feelings of wellbeing and satisfaction.  If you’re relying on a turn-key diet that loosely aligns with your goals, you may fall into the trap of the ring.