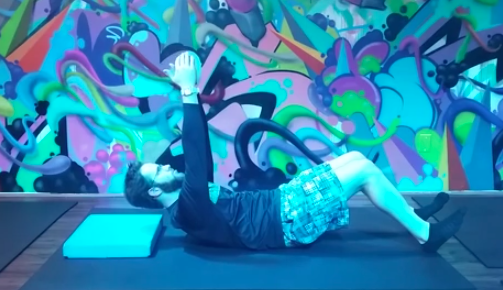 Let me get nerdy for a second: My biggest training focus in the last year has been learning how to optimize movement.  It includes dense biomechanics & kinesiology, as well as progressive instruction and coaching strategies.  When you combine the two, you should be more efficient, more effective, and even simpler.

Simplicity is exactly what we’re going to talk about today:  Three simple moves and one unifying strategy for building a stronger core, breath by breath.  It’s that simple.

If you haven’t seen them, I’d suggest checking out my first two Core Function articles, about breathing & deadbugs, then about progressing the deadbug.  To refresh, we’re using a breath-based drill to move us towards a more optimal position, which we then reinforce with a breath-based strengthening drill.  For all of these drills, practicing some Belly Lift Breathing first will greatly enhance the experience.

One you’ve mastered the full exhalation with the Belly Lift Breathing, the next appropriate step is something that we can Bear Breathing at MFF.  It’s as simple as tucking your toes under your feet and gently lifting your knees off of the ground.  It’s uber important to maintain the flexed spine throughout the drill:

While coaching I’ve discovered that if you lose the sensation of an engaged core while crawling, Bear Breathing is a great step between the Belly Lift Breathing and a true Bear Crawl to ensure that you feel strong through the midsection.

If the Bear Breathing is feeling strong, let’s try to revisit a new take the dynamic deadbug, from my Progressions post.  Here’s a quick refresher:

In our new move, called a Supine Cross Crawl, we’re going to switch things.  Rather than moving the arms and legs out against a fixed trunk, we’re going to move our trunk into increased levels of flexion.  For those with old-school training backgrounds, this may look a lot like a bicycle crunch, and I can’t stress enough, this is not a crunch.

It may look like one, but instead of focusing on tiring out the abs through repetitions, we’re going to integrate a full exhale for a few short, demanding reps.  If you do more than 8 of these and they’re easy, you’re not doing it right.  Let’s check out the Supine Cross Crawl:

This one is deceptively hard, and it’s in our current warm-ups in MFF semi-private training.  It’s a blast to coach up.  Set that deadbug position first, drive an elbow towards the opposite knee, and exhale.  Fully exhale.  This one is great.

Now, the crunch-adverse may not like this one, because it’s the closest I’ve come to recommending crunches since I began writing 5 years ago.  I will again remind that the upcoming exercise is about quality far more than quantity.  It’s about setting a position, exaggerating that position, then using a full exhale to fully engage the core muscles… while in flexion.  Check it out:

We’re using a heel-dig into the ground to help control movement and torque on the lumbar spine.  You may recognize that move as something called the Janda Crunch, which takes advantage of reciprocal inhibition to stabilize the lumbar spine.  A damn good crunch, if there is one.

Now, we take it a step further by integrating the full exhalation.  Again, it’s deceptively challenging, and I encourage you to use the full exhale as a ‘limiter’ of your core work.  I believe that the breath control makes direct core work more effective, while preventing us from doing reps that we haven’t earned.  If you’re honest, it’s humbling.

Next time you’re ready to ‘train those abz,’ include some reps of Bear Breathing, the Supine Cross Crawl, and a Heel-Dig Crunch.  Focus on a full exhale on all of them, and you’ll be surprised at quickly you feel engaged.  After you try them, let me know what you think in the comments below! 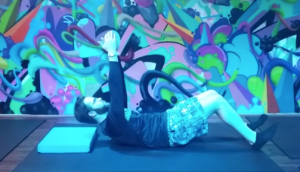