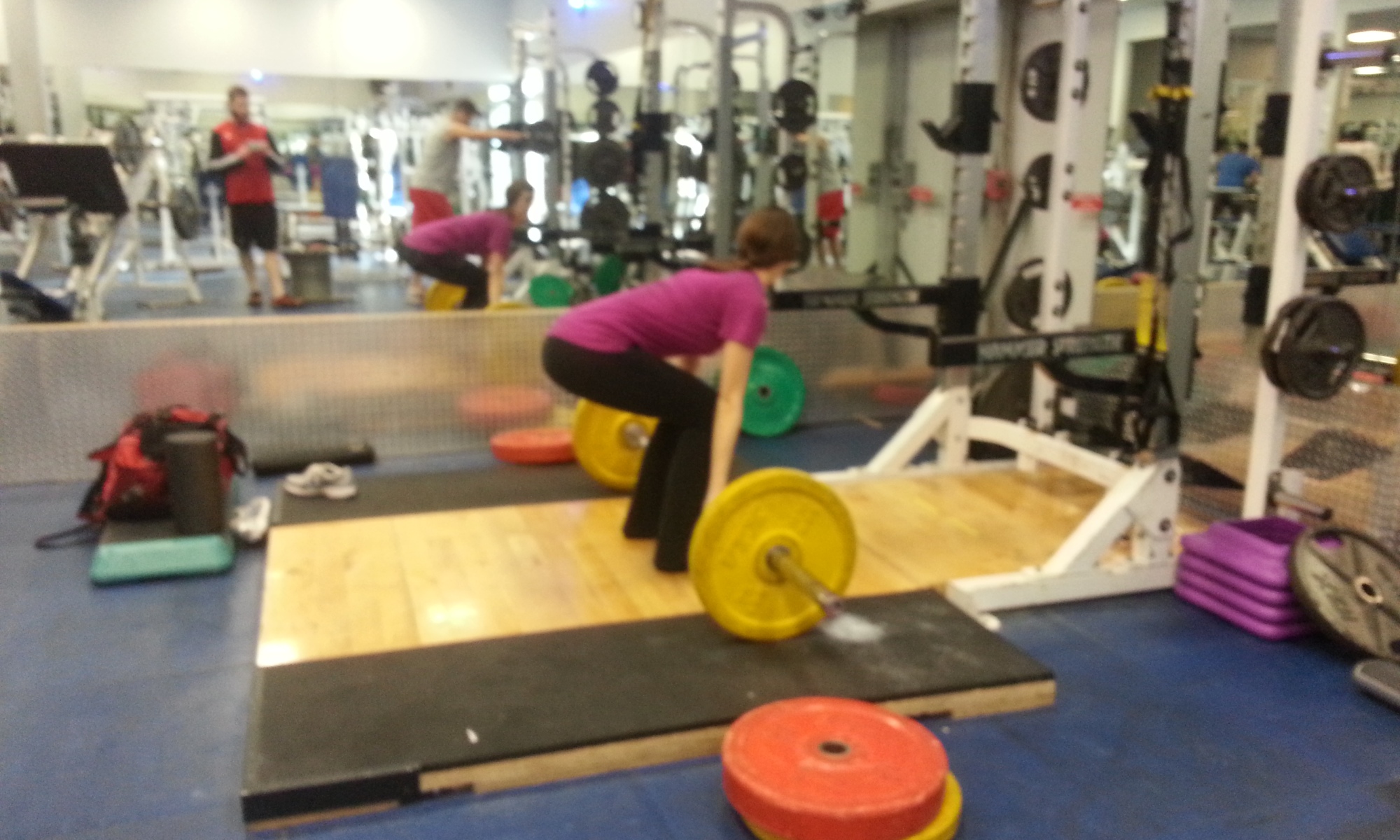 Today I’d like to talk about the idea of a Main Movement in your training, which comes from practicing skills for the strength sports.  If you were competing in Olympic weightlifting, powerlifting, or strongman events, you’d have to practice the technique for your competition lifts, and you’d want to do that when you’re fresh.

The use of a main movement is something that you can apply to your own training that will help you practice skills and build strength towards the beginning of your training session.  Seasoned athletes and lifters may be able to include several ‘focus’ movements in a given training session, but most of us do the best by giving one lift it’s due diligence.  There are a number of lifts that you can use as a main movement, and some of my favorite are the big bang-for-your-buck lifts:

These lifts offer great metabolic adaptations, but they’re also very neurally demanding.  A tired brain won’t be able to coordinate your movement as well, so you’re best keeping the repetitions-per-set low enough that you can focus on technique for every repetition.  A good idea is to treat every set as a group of single reps, instead of a set of 3 or 6 reps at a time.  Additionally, stay within the 3-6 rep range to maintain your focus on each repetition.

The technical demand of lifting can be a surprise to some, even to seasoned athletes.  On New Years Eve I was visiting a local gym so I could squat, and I spotted my friend Nicole on an elliptical.  She hopped off to say hi, and I convinced her to join me for some lifting.  Nikki’s been an athlete and dancer for as long as I’ve known her (2nd grade?) and she still noted that learning to deadlift can be a tricky endeavor.  Here’s a picture of her lining up a bar on the platform, prior to setting her back:

Nikki can dance circles around me, and yet she still had some difficulty with the idea of “butt down, chest up”.  Learning big compound lifts can be tricky business, so it’s important that you set yourself up for success as much as possible.  Utilize set/rep schemes that lead to your success, and learn exercises in an appropriate order.

If you’ve never squatted before, a back squat probably isn’t the best bet; a goblet squat is far easier to learn.  If you’ve never deadlifted before, the trap bar is much more user friendly than trying to pull from a deficit with a snatch grip because you heard it was an awesome variation.  It is, but it’s not appropriate for those who are new to the lift.

Additionally, beginners don’t have to perform maximum effort work; you can get very strong without getting close to your maximum. You’ll see safer and more effective results by focusing on quality of movement rather than absolute load on the bar.  Safer and more effective?  How do I start?!

Most ‘beginner’ programs focus on a specific muscle group, but there’s a better way.  If you’re hell bent on a split routine, you might enjoy an upper/lower split, or develeloping a program based on a movement pattern.  I use an upper/lower split at the current moment, and tend to recommend variations on full-body programming.  For example, here’s a lower-only workout that utilizes the trap bar deadlift as a main movement:

Here’s an example of a day that puts emphasis on a Bench Press as part of a full-body day:

Each of those training sessions focus on a main movement which allows you to practice and develop strength with a ‘big’ movement, allowing neural adaptations as well as metabolic ones.  Including a main movement after you warm-up will allow you to develop strength before moving on to a different aspect of your training, whether you’re training to get hyooge, preparing for an upcoming competition, or you just want to look awesome naked.

Think forward to your next training session: What will your main movement be?  Call or text the friend you’re lifting with so that you’re on the same page, then get ready to have an awesome training session.  Next time, we’ll discuss how to finish your workouts.

4 Replies to “What is your Main Movement”