Yesterday was a good day.  Our 44th president was inaugurated for his 2nd term, I foam rolled for 20 minutes and did nothing else, and half of a team that I’m working with doubled their push-up numbers.  The best part of the day may have been Beyonce’s rendition of the National Anthem:

Perhaps more importantly, yesterday was Martin Luther King, Jr. Day, where we honor Dr. King’s legacy which “empowers individuals, strengthens communities, bridges barriers, creates solutions to social problems, and moves us closer to Dr. King’s vision of a beloved community.”  Elementary school students across the country can tell you about the “I have a dream” speech, which seems to be the vehicle which America uses to discuss racial tensions and the civil rights movement.  While Martin Luther King, Jr. had a profound impact on our cultural, it might not be the best example of his legacy.  Simon Sinek points out that “Martin Luther King, Jr. gave the I have a dream speech, not the I have a plan speech.” 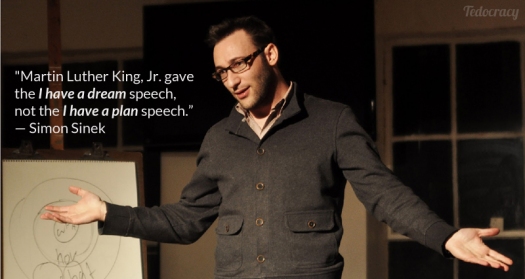 Simon calls himself an optimist, and his goal is to inspire.  I’ve yet to read his book, but I have watched several lectures he’s given on the YouTubez and his message really resonates with me.   He’s led me to ask the question, “How can I help?”  and provide appropriate solutions.  Simon’s simplified a number of diverse fields into what he calls the Golden Circle: 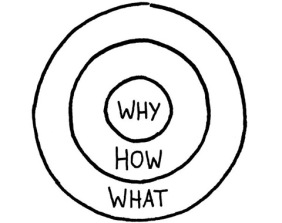 I like to apply this Golden Circle to exercise and fitness, with the What being the specifics of exercise that somebody is using, while the Why is your motivation, your call to action.  The How is your plan.  You have one, right?

It’s relatively easy to determine your Why? and usually some simple questioning will do the trick.  Typically we’ll jump from the Why to the What, and forget about the How.  Rather than jumping right to the nitty-gritty of program design, start where you are, and then move forward from there.

Recently, I’ve found myself discussing lifestyle changing habits with friends and clients who may be new to fitness.  Regular activity is relatively novel, and they might not have a true connection with their training.  Rather than recommending a plan that requires 14 hours per week or loads of intense exercise, I like to ask, “Where are you now?”  We’ll determine their starting point and then determine a series of behaviors that you can easily repeat and develop into habit.  As an example, Couch-to-5K Programs have become so popular because they meet you where you are.

When a nerdy exercise professional like myself creates a hierarchy of effective exercise modalities preparing for a 5K is seldom on my list of ideal exercises to include.  There’s too much evidence that leads me to focus on movement based strength training, otherwise known as picking up heavy shit.  Despite what may be ideal, a program that isn’t used, ain’t doing very much.  There are plenty of perfect programs sitting on the shelf, and this leads to many people sitting on the couch.

Setting a ‘big’ fitness goal can be a daunting task for some people, who end up living in the shadow of their own fitness Mount Doom.  Would Frodo have made it to Mordor if he feared the focus of the Eye of Sauron?  I don’t think so!  While there was a large goal, he had simple goals along the way, from reaching the next Land or village, or simply putting one foot in front of the other.  I wonder if Dr. King ever read Tolkien… I digress.

Conquering a new activity can be very hard, and the psychology of change beats out the physiology every time.  Don’t bite off more than you can chew.  Instead, focus on the smallest change that you know you can make right away, and do it. Once you successfully accomplish that goal, move on to the next one.  This might be as simple as taking a vitamin and fish oil in the morning, or including one set of a chest press machine after you finish your normal cardio-based routine at the gym.  It’s not about being a super hero, or reading a state of being healthy or fit.  It’s about the ongoing process of making decisions that positively impact your health and your fitness, and building that healthy inertia that lets you accomplish each small goal you set for yourself.

You have your Why; it’s our personal driving force.  Many of us already know the What, but we fail to implement it because our How is out of whack.  Determine where you’re starting, and then think of the smallest damn change you can make.  Yes, the smallest change.  Conquer that one, then move on to the next.  Plan small, and succeed big.

If you need help, let me know where you’re starting, where you’d like to go, and how I can help you get there.