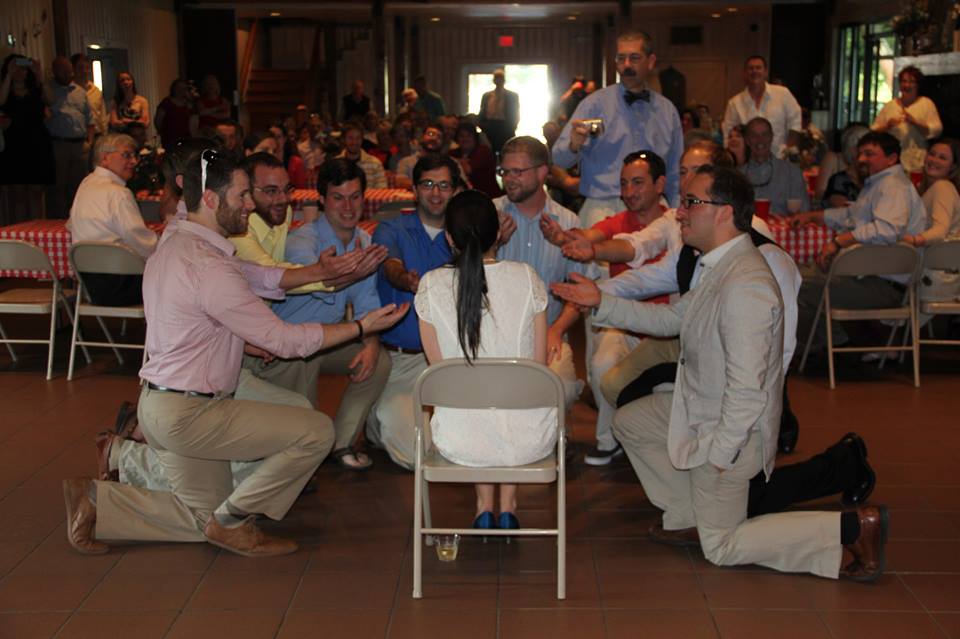 Dad got married this weekend.  “Dad” is Jim Bass, and I found myself in Winston-Salem, North Carolina to celebrate his wedding.  Jim and I attended the University of Delaware, were Brothers in Phi Mu Alpha together, and I’ve considered him a dear friend ever since.

Jim got married this weekend, and I drove down from Newark, NJ with my friend Jason.  Jason just graduated from Seton Hall Law School so the weekend started with celebrating his achievement.  Jason’s family and friends went to Forno’s of Spain for dinner, and I had the biggest steak of my life.  I couldn’t even finish it. I’d share the picture I took, but Jason would kill me.  Instead, here we are:

After a great day in the Jerz, we set forth on our journey down I-95.  It was the longest road trip I’ve driven, and a great learning experience.  I saw some of my greatest friends and a beautiful area of the country.  I hope to be in the area again, and I hope you get a kick out of what I learned during my trip.  Let’s go.

I’ve driven from Newark, DE to Baldwin, NY in two hours; it’s usually about a 3 hour ride.  New York to Boston is usually around 4 hours.  I left Newark, NJ on Friday afternoon with my friend Jason, and we weren’t in Winston-Salem until 10 o’clock on Friday night.  Not cool, North Carolina.

Over the course of the weekend, I spent about 24 hours in the car, and far more than that sitting down.  That sounds relaxing to some, but it’s horrifying to me.  Sitting wreaks havoc on your posture, and that level of inactivity drives me nuts.  Jason and I switched drivers just north of Richmond, which gave me the opportunity to squirm around like a caged squirrel while riding shotgun.  It helped, but it made me think….

2) When traveling, the bar stool is your friend.

This is awful advice coming from a teetotaler like myself, but it’s damn true.  The bar stool provides the opportunity for you to do the half-sit/half-stand, which is great for looking relaxed but stressing about adaptive shortening of the hip flexors.  All kidding aside, if you’re traveling a lot, spent as much time standing, leaning, and half-sitting as possible.

Once south of Richmond, things began to change.  The air started to smell sweet, but it was the absence of pollution rather than what was in the air.  Breathing was more comfortable and more fun.  I sound like a yogi.  I’m going to stop.

4) There is always a place to train.

I hate skipping training sessions, so I wanted to make sure I could lift over the weekend.  Even after contacting the North Carolina NSCA state director and being retweeted by EliteFTS, I couldn’t find any ‘real’ training facilities in the area.  I moved on to Google, and was disappointed.  Apparently Sunday morning lifting hasn’t caught on in the Bible Belt yet.  To quote the wisdom of Glenn Beck: 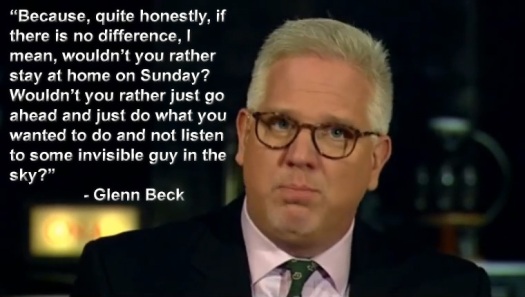 There is no difference in Glenn’s case, but when it comes to training there’s a big difference for those who are proactive about program adherence, and those who sleep in or believe in fairy tales and cartoons.  I was fortunate enough to find a facility called The Rush Fitness Complex which was open 24/7.  On a Sunday in NC, this means there are 8 people in the whole facility, and it’s play time.  It’s not often that you find a platform and a functional training rig in a commercial gym. 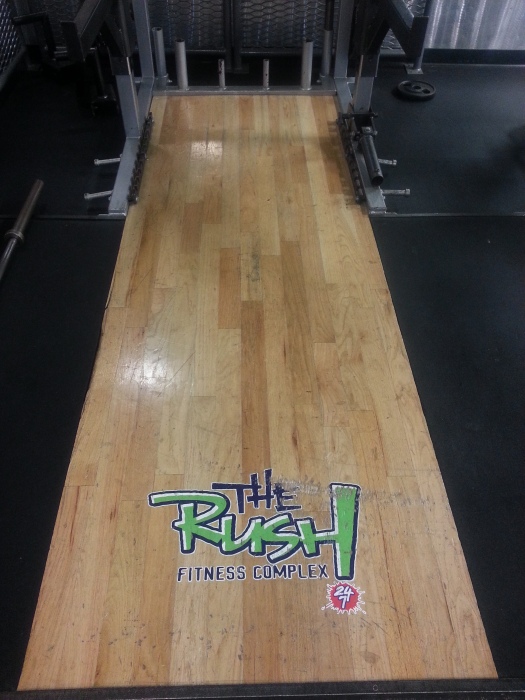 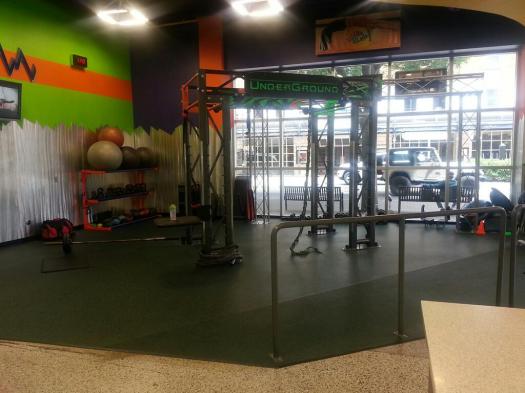 I was able to hit some Overhead Presses and then run through a gauntlet of exercises at that rig, using both exercises that I’ve used before and playing around with some new ones.  You can find my entire workout HERE, and this is a video of a an alternating single arm push up with the PurMotion AirFit trainer.  The fun factor went up as soon as I realized they were really tricky.

After my workout I spoke with one of the trainers at the gym who was from New Delhi, India.  (His commute was a bit worse than mine.)  We spoke about what the area was like, what there was to do, and a bit about our backgrounds.  It was a pleasure chatting with you, Shiv!

Then, it was wedding time.

I attended the University of Delaware with the groom and we were Brothers together in Phi Mu Alpha.  A number of Sinfonians were in attendance, and it was a a blast to see everyone and to celebrate Jim and Jessica’s wedding.  The happy couple may have been the most relaxed newlyweds I’ve ever seen, and The Barn was filled with the scents of Southern cooking, happy conversation, and quality cigars.  I went back for seconds (and thirds) on pulled pork, baked beans, and coleslaw, so I made an effort to lift while I was at the wedding.  This included front squats and a loaded carry with the groom. 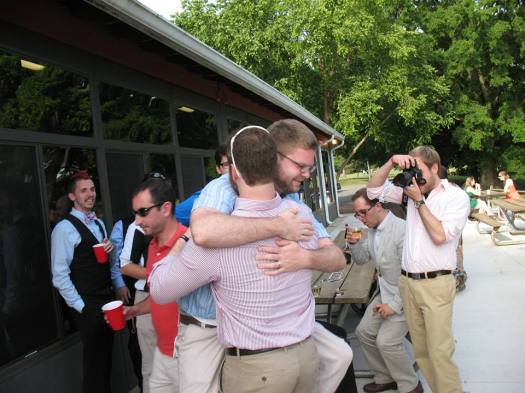 I wrote Jim’s programming leading up to the wedding, and I was more than happy for this bear hug.  Jim’s Mom and wife both said, “Thanks for giving Jim muscles”, which made me crack up.  I’m proud of his training, but far more excited for him and his wife. In true Sinfonian fashion, we made sure to Serenade the beautiful bride before the day was over:

After the wedding, we went out to a bar that Shiv recommended to me that morning, and that Jim and Jessica suggested.  That bar was the first place that I’ve ever had deep fried pickles, which may be a good enough reason in and of themselves for me to venture back to Winston-Salem.  That brings me to my next point.

6) Diet should always be flexible.

I’m a fan of the intermittent fasting lifestyle.  I emphasize that word because it makes modification very simple and allows for easy changes.  Basically, I worry less about what what and when I’m eating, because I eat less frequently.  During a regular week this means that I eat between 11am-2pm, after my first block at the gym.  During a hectic weekend, it means I can eat whenever the hell I want!  Yayyy!!!

Until 4:30pm on Saturday, my intake was cup of coffee, a protein shake, some Krave beef jerky, and a gallon of water.  (BTW, I’m a camel.)  Jason wouldn’t put up with my fasting, so I checked with one of my athletes for food recommendations in the Baltimore area.  As a New Yawka, I was craving some Chesapeake Bay crabs, and the Crab Dip and crap cakes at Green Turtle was awesome.  Good looks, Jor.

But Harold, how much protein is in there?  Is there too much fat?  Is butter a carb?  Yo, I don’t know!  For any given meal, it’s not that big of a deal.  In the long run, these decisions matter, which is why I recommend crushing vegetables every chance you get.  I don’t mean grinding them up, I mean eating as many as possible.  Veggies are good.  Eat them with meatz.  Just don’t have an aneurism calculating the macro nutrient breakdown of a meal, and don’t stuff your face 24/7.

Going into the weekend with this mindset, I made sure to balance when I ate with what I was doing, and when I was doing it.  I expected there to be loads of food on Sunday afternoon, so I trained fasted in the morning, had a shake, then got ready.  Sure enough, there was loads of food.  It was a wedding.  People eat.

The drive North was similar to the one down.  10+ hours in the car involved a coffee and veggie-packed breakfast burrito from Sheetz, and more water than my bladder could handle.  We had to make an emergency pit-stop because my bladder was full and the gas tank was empty.  Ironically, the weekend concluded with some Carolina-style pulled pork, but back in Newark, NJ.  It was as if Winston-Salem had followed me!

This weekend was exhausting.  I trained less, slept less, sat more, and ate more, but it was absolutely awesome.  I’m back in my ‘normal’ schedule for the next week, and then I’m heading up to Providence, Rhode Island, for the Perform Better Functional Training Summit for the fourth time. Wow, forth time, and one of my dear friends just got married.  What in all hell.

3 Replies to “7 Things I Learned in North Carolina”