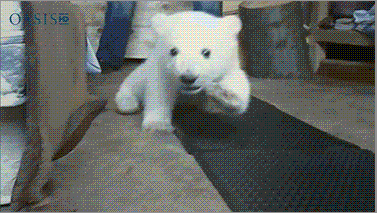 “Don’t think I’ll be hiking out there today!”

That’s what I see in my news feed on The ‘Book this morning, followed by this picture of a black bear: 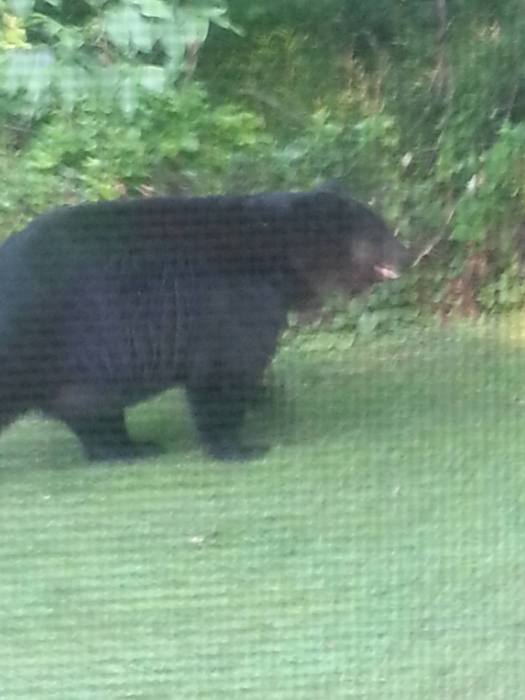 Black bears are cute and cuddly, so they’re basically the Black Labs of bears.  (Koala’s are the Chihuahuas. Ew.) I’m a fan of big dogs, but I wouldn’t turn down a Brown bear. In this area average around 300lbs, and I’d just grow a beard and get super jack3d to match my four legged amigo.

Alright, so a pet bear isn’t in my future, but we can learn from their cuteness and strength, which in the animal kingdom have a strong correlation.  Consider the Polar Bear, the Husky/Land Shark of the bear world, which Santa uses to pull his sleigh when there’s too much fog.  Those are strong guys, right?  Well, they’re really cute when they’re babies:

Exactly.  You weren’t that cute when you were a kid, and you won’t be as strong when you’re adult.  Remember what Charlie said at the PBFTS: “Animals are stronger than us, they’re faster than us, they have amazing recovery abilities:  I want what they have.”

Bears are strong and cute, and you want to be strong and cute; let’s do some bear crawls.  Bear crawls are beary good for you because you’ll develop stability through your midsection while building stronger shoulders, hips, arms, and legs. Basically, they make all of you stronger, which is never a bad idea.

There isn’t necessarily a wrong way to bear crawl, but I’d suggest that you focus on staying as table-like as possible; your hips and shoulders should stay as stable as possible.  Here’s an example:

Bear crawls are great as a component of a dynamic warm-up, as a shoulder stability drill, as a filler, or part of a finisher.  They can be easily integrated into your training session; that isn’t the issue.  What’s important is to focus quality of movement over quantity of movement, and to be as bear like as possible, fur optional.

If you’re new to the game, perform 5-10 yard crawls at a time, maintaining control of your movement and breath control throughout.  Once you feel comfortable, you can expand out for ultimate beariness.  Let’s get crawlin’.

4 Replies to “Bear Crawls Are Beary Good For You”