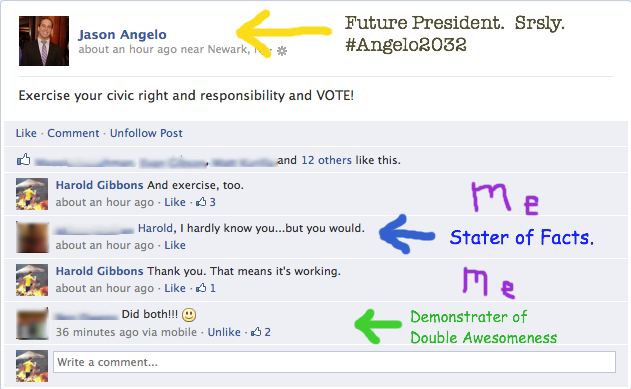 Hey there! It’s been a while, sorry about that. If you haven’t been watching the news, I’ll fill you in.  Last week I attended a Halloween party where New York dressed like New Orleans, and a girl dressed like Storm from X-Men.  They got a little bit carried away, to say the least. I’m going to elaborate that soon, but today let’s focus on a national matter. 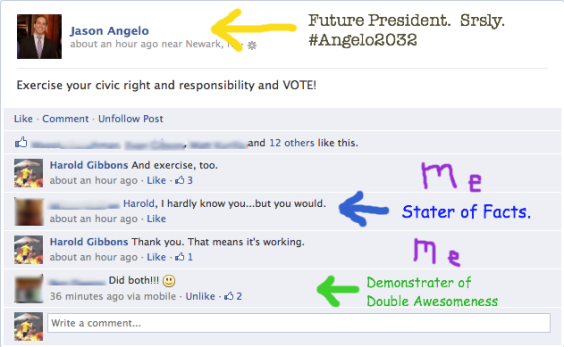 Obviously, I’d prefer if you do both; I’m about to lace up my shoes and skate over to polling center, and I’ll deadlift later.  You know I love me some deadlifts, but today the priority goes to voting. I’m a little concerned that the under-30 demographic creates a lot of noise about political problems, but isn’t the best with voter turnout.  Don’t be this guy: 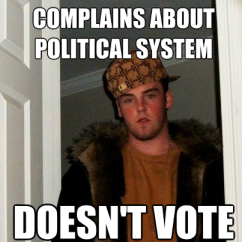 I’ll save you some time.  Why not combine civic responsibility with smart training?!  Here’s a great power development drill to use.  Work up to a heavy single, then rock the vote.

Congratulations to President Barack Obama on being re-elected for his second term. I’m slightly surprised that only 38.5% of the US population exercised their right to vote.  You can watch the President’s victory speech below: